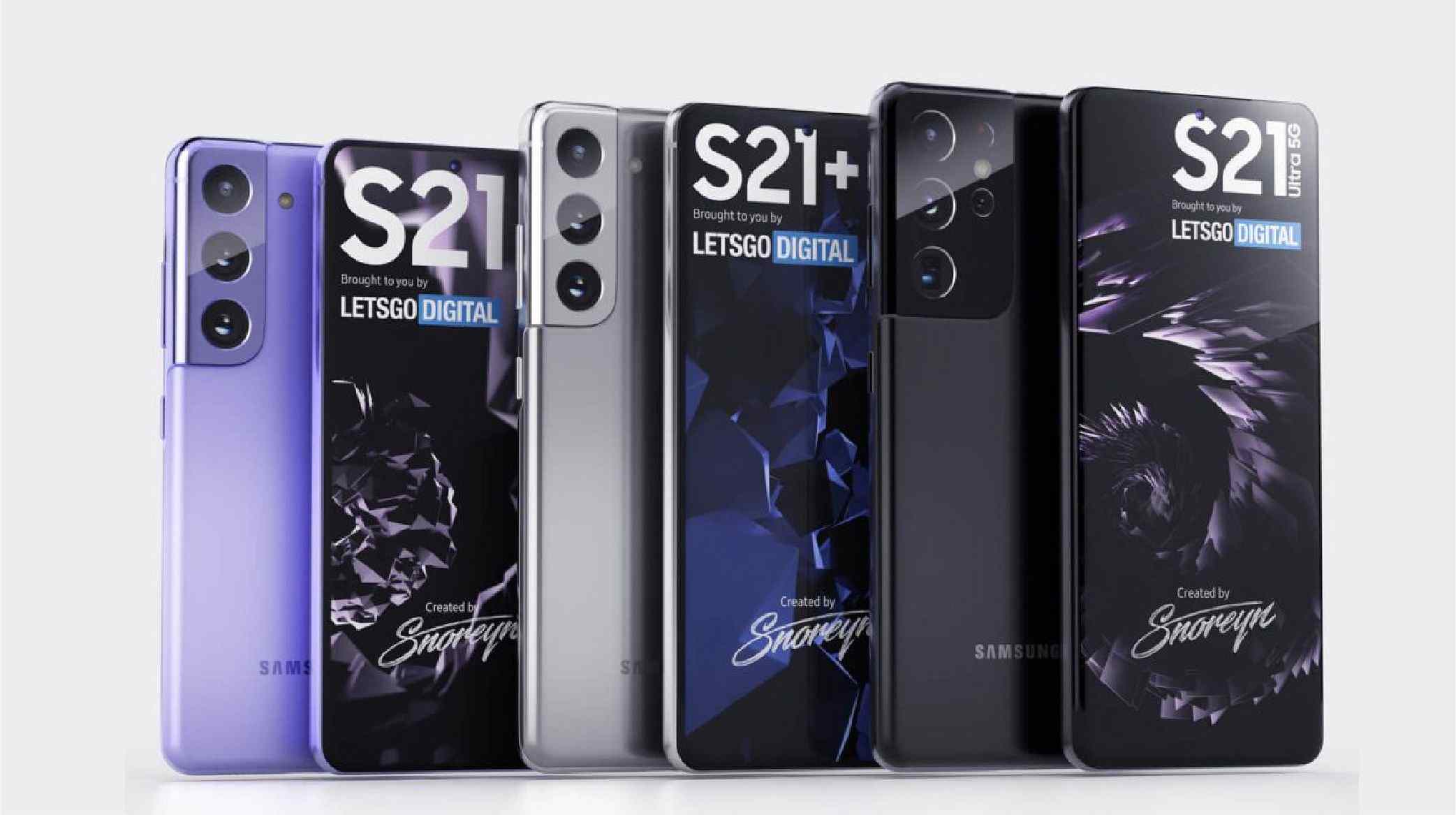 For years, the Galaxy S-series smartphones from Samsung have been equipped with high-quality, innovative functions and the new 2021 models are expected to do the same. The Galaxy S20 series will reportedly be succeeded by the Galaxy S21 series, which will consist of three models at launch: the S21, the S21 + and the S21 Ultra.

The Samsung Galaxy S21 is about a month from launch, but we already have a pretty good idea of what they'll look like from these detailed designs.

LetsGoDigital published the following images, claiming they have received reliable information from the source, but in order to protect said source they couldn’t publish the original images, so they set out to design 3D product renders of all three expected models.

What Will the Next Samsung Galaxy S be Called?

Before the release of Galaxy S20 series Samsung’s naming strategy was pretty simple, but the jump from the Galaxy S10 to the Galaxy S20 in 2020 made it harder to determine what the next Galaxy S will be called going forward.

Although it’s unclear if the phone range will be called the Galaxy S21 series or the Galaxy S30 line, some substantial rumours and leaks are leaning towards the former, so I’ll be referring to the upcoming smartphones as Galaxy S21.

Similar to Samsung's previous flagship releases, we expected the S21-series to be unveiled sometime in February 2021, although at the moment some rumors have been reporting a mid-January release. According to Jon Prosser the Samsung Galaxy S21 will launch on January 14, 2021, with pre-orders opening that same day. The phone itself will then be released on January 29.

Samsung will most certainly unveil the Galaxy S21 (S30) at a virtual event. With the COVID-19 pandemic virtual device announcements are now the norm as we’ve seen with Apple and Samsung may this flexibility to the best of its advantage, so an earlier Galaxy S21 release date is not far off the truth.

Now let’s break down each model with all of their specs, hardware, cameras, design, chipset and much more.

Since the S20 series, Samsung has created an Ultra model, as the top model within the S series. Next year, the high-end series will be led by the S21 Ultra. This smartphone will differ from the S21 and S21 + on several points. The flagship is equipped with the largest display, the best camera and the largest capacity battery.

To start with the unsurprising front Samsung opted for a slightly smaller display: 6.8 ”instead of 6.9”. This will undoubtedly reduce the risk of accidents due to fall damage.

Unlike the two other Galaxy S21 models, the Ultra will have a curved display - giving the smartphone an extra premium look-and-feel. The rounded 6.8 ”screen has a QHD + resolution and supports an adaptive 120 Hertz refresh rate.

The centrally placed hole-punch selfie camera will be staying, the new model will probably have a 40MP front camera again. The biggest changes are on the back. The Galaxy S20 Ultra was the first and only Samsung smartphones with a 10x Hybrid zoom function which will most definitely stay on the S21 Ultra as well. A new 108MP wide-angle camera will be built in, as well as a 12MP ultra-wide-angle camera and two 10MP telephoto cameras, which enable 10x optical zoom and 3x optical zoom.

The Ultra model may be equipped with a completely new ISOCell Vizion 3D ToF sensor made by Samsung. The new 3D depth camera is expected to have a wider range in order to compete with Apple's high-precision 3D sensor. However, it is also possible that the S21 Ultra will have a laser autofocus system, just like the Note 20 Ultra.

Perhaps the most interesting change to the S21 Ultra will be its compatibility with Samsung's S Pen. This stylus pen has been the main feature of the Galaxy Note series for years. It seems that the Samsung Galaxy S21 Ultra is the first S-series smartphone to be made compatible with the S Pen.

The battery capacity of the Samsung S21 Ultra will most likely be the same as that of the S20 Ultra. It is a 5,000 mAh battery. Since the new model has a slightly smaller screen and a more energy-efficient processor, it is expected to have a better overall battery life.

Regarding the processor, as we have become accustomed to from Samsung, the European Galaxy S series models will be powered by Samsung's Exynos chipset. It is the Exynos 2100. The recently introduced Qualcomm Snapdragon 888 is used for the South Korean and American models.

According to some recent rumors, the Exynos chipset could actually be more capable than its Snapdragon counterpart, but there’s no need to jump to conclusions just yet as some benchmarks have almost revealed that Qualcomm has the upper hand in performance.

As for memory, Samsung might include its new 10nm LPDDR5 RAM in the Galaxy S21 series. According to Samsung, the new memory will offer the highest speed and largest capacity ever provided by mobile DRAM. Samsung says the LPDDR5 can transfer at the rate of 6,400 megabits per second (Mb/s).

As for the device colors, it is expected that Samsung will release the Galaxy S21 Ultra at the time of the market launch in two colors: Phantom Black and Phantom Silver. Usually, Samsung introduces one or two extra color variants a few months later - still before the summer - to provide an extra sales boost.

Where the Plus model was still the absolute top model two years ago, the S21 + seems to become significantly less advanced compared to the S20 +. One of the most regretful change, the new model will no longer have a curved display, as Ice Universe already reported in November. The resolution will reportedly be reduced to a maximum of Full HD as well.

In addition, the Samsung S21 Plus seems to be equipped with a plastic casing - instead of a significantly more expensive glass housing.  The Galaxy S21 Plus will most likely get a 6.7-inch screen. The 120 Hertz refresh rate is maintained.

In terms of camera system, no major changes are expected compared to last year. The S20 + received the same camera configuration as the base model, with one difference. The Plus model was provided with an extra DepthVision camera - which was also integrated into the Ultra model.

The Samsung Galaxy S21 Plus will have a 12MP wide-angle camera, a 12MP ultra-wide-angle camera and a 64MP telephoto camera. The latter makes 3x Hybrid zoom functionality possible. This is the same camera setup as the S20 / S20 +. Although the new S21+ will have a larger camera island than before, which is extended to the side of the device. Incidentally, the flash will be placed outside the camera island on this model.

The battery life will most likely get better. The renewed model will have a larger 4,800 mAh battery. Allegedly the device will be compatible with a 25W charger, but will come standard with a slower 15W charger.

The Plus model will be released in three colors at the time of launch. In addition to the Phantom Black and Phantom Silver variants, a stylish Phantom Violet might also be available.

The base model of the new Samsung S-series will, like its bigger brothers, be powered by the Exynos 2100 / Snapdragon 888 chipset. However, the S21 model will have less memory, probably 8GB RAM and 128GB ROM.

Furthermore, the S21 will be provided with the same software as the Plus and Ultra model. The device runs on the new Android 11 OS.

The S21 will be the cheapest addition to the three expected S-series smartphones. Later in the year, a Galaxy S21 FE might be released, as a cheaper alternative. Just like last year, the base model is the smallest with a 6.2-inch screen. The display will reportedly be flat with a Full HD + resolution. Just like the Plus model, the basic model will also be provided with a plastic back.

The triple camera system at the back will be identical in configuration to last year. It consists of a 12MP wide-angle camera, a 12MP ultra-wide angle camera and a 64MP telephoto camera with 3x Hybrid zoom and 30x Digital zoom. All 2021 S Series models can enjoy videos at an 8K resolution.

Due to the smaller display, a smaller battery will also be built in. The Galaxy S21 is expected to feature a 4,000 mAh battery.

As for the colors, Samsung S21 users get the most choice of colors. This smartphone will reportedly be released in four colors at launch - Phantom Gray, Phantom White, Phantom Violet and Phantom Pink.

It’s safe to assume that all of The Galaxy S21 (S30) models will most certainly be 5G-capable devices. Given the fact that the S20 series was 5G-ready, there's zero chance that the Galaxy S21 wouldn't support 5G. By default, all future flagships will likely support the 5G network. Just like the Note 20 series, we expect the S21 (S30) models to support Sub6 / mmWave 5G. 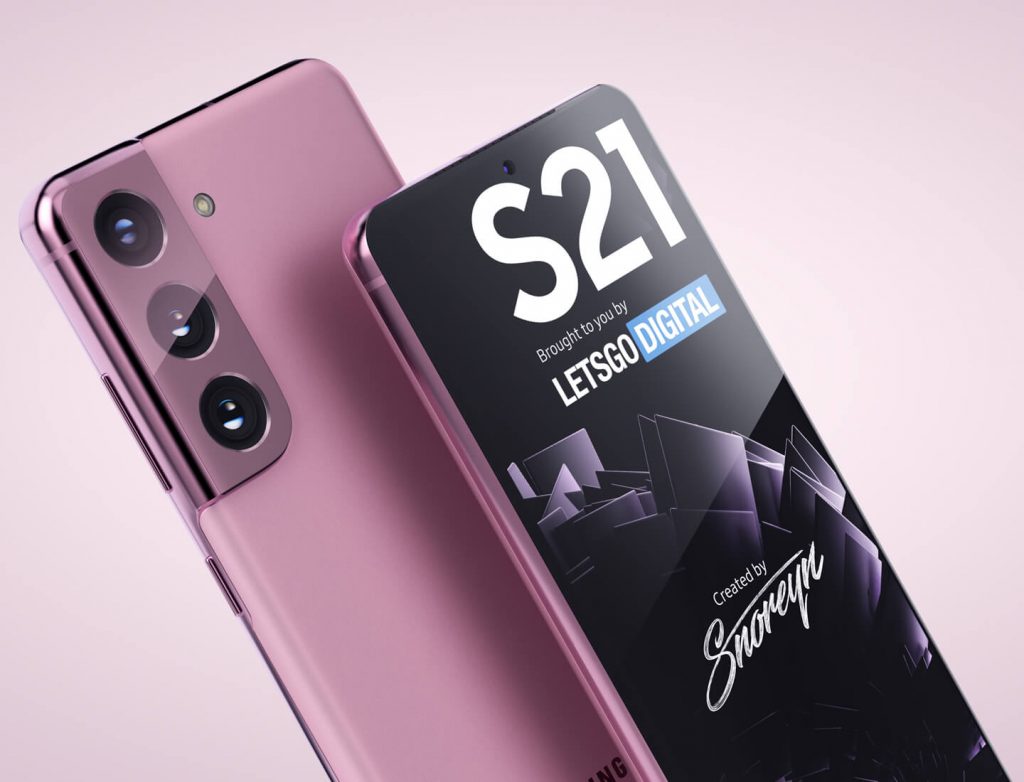 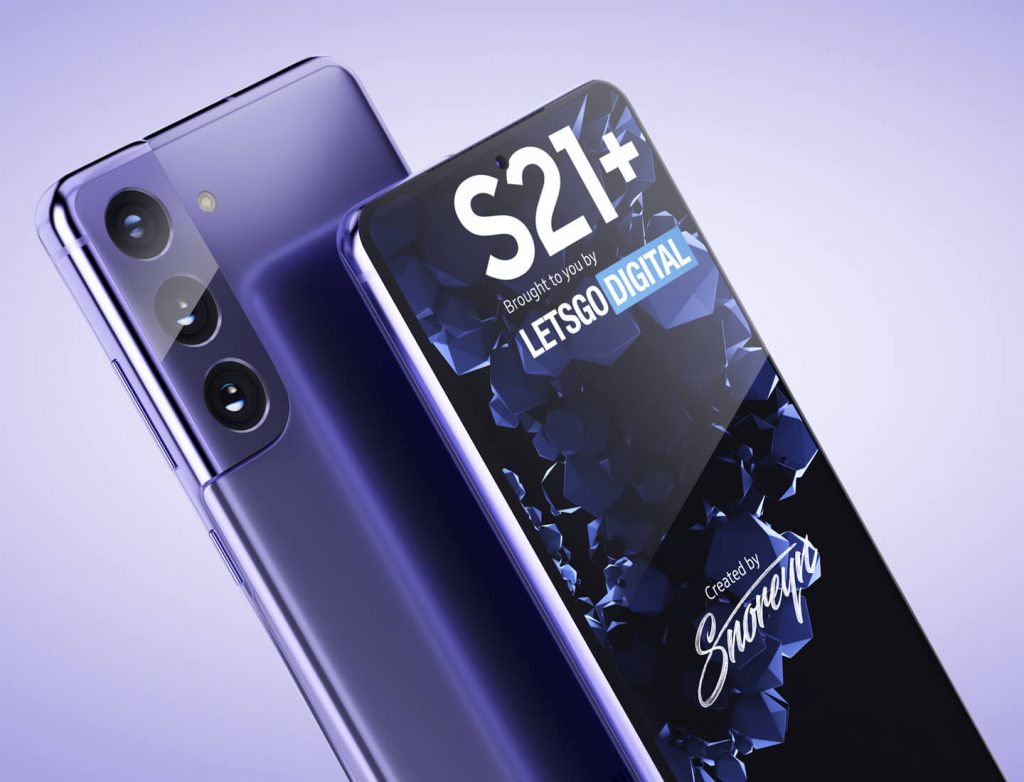 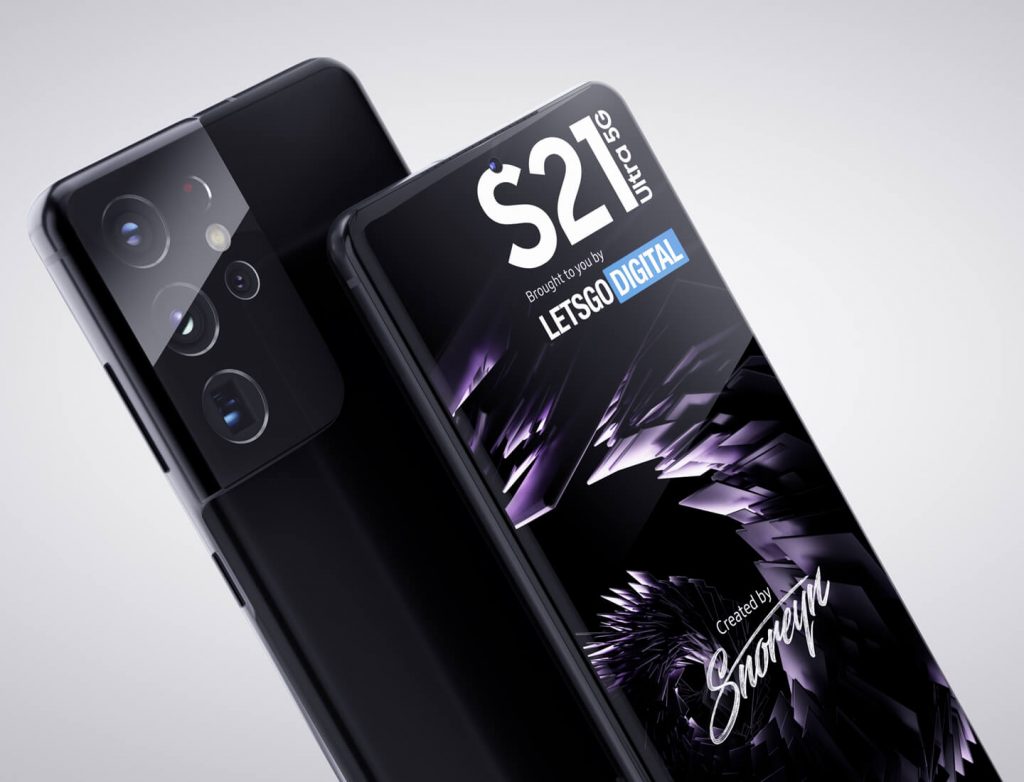 GET 10% OFF YOUR FIRST ORDER

We have sent an email with a coupon code to your email address. You can also copy the code here. The code is only valid for 60 minutes.